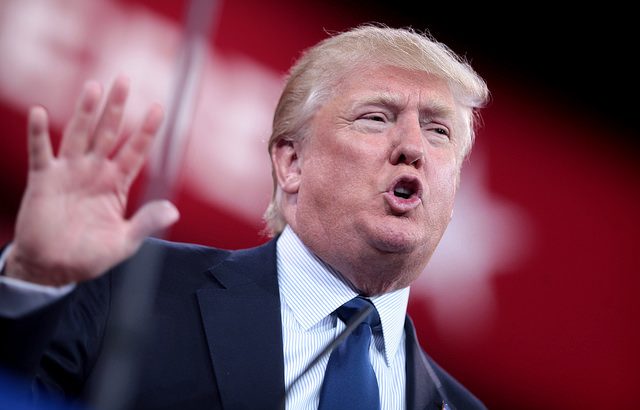 After just over two weeks in office, US President Donald Trump has stirred up more controversy than most presidents achieve in two terms. And whether you love or loathe his policies on abortion, immigration, and the economy, it’s his approach to science that warrants a watchful eye.

So far, the news media has described a president and cabinet who are antagonistic to the scientific community. In their first week, a gag order silenced ‘unapproved’ communication from institutions like the Environmental Protection Agency and Department of Agriculture.

At the same time, the EPA was instructed to remove references to ‘climate change’ from its website, though that edict was later walked back. The agency remains under a strict media blackout and some contracts have been frozen.

But perhaps more troubling than seizing control of the money and message of scientific agencies is the administration’s cavalier attitude toward the goal of science: to understand the truth.

Spokeswoman Kellyanne Conway famously invoked the concept of ‘alternative facts’ to defend the President’s insistence that the crowd at his inauguration was many times larger than the cameras showed.

Trump himself continually flouts scientific consensus and verifiable data. He believes vaccines cause autism, has said climate change is a hoax, and recently declared that any poll showing disagreement with his policy is automatically ‘fake news.’

Scientists working directly in government agencies are already feeling the chilling effects of this administration, but those in academia and the private sector are also nervous.

So what’s a scientist to do?

A Facebook group called “March for Science” emerged in recent weeks and called on scientists to stand up for the immense value of scientific inquiry in our society.  The group ballooned quickly, and set a date of April 22, 2017 (Earth Day) to march on Washington

The March for Science is a celebration of our passion for science and a call to support and safeguard the scientific community. Recent policy changes have caused heightened worry among scientists, and the incredible and immediate outpouring of support has made clear that these concerns are also shared by hundreds of thousands of people around the world. The mischaracterization of science as a partisan issue, which has given policymakers permission to reject overwhelming evidence, is a critical and urgent matter. It is time for people who support scientific research and evidence-based policies to take a public stand and be counted.

This week on the podcast, Daniel and Josh debate the merits of a march.  Will marchers hear their voices in the next policy decision, or will it add fuel to the fear that science has a liberal agenda that cannot be trusted?

Tell us what you think in the comments below!

This week on Science in the News, Josh shares some research on the neurobiology of predatory behavior.

This somehow turned into a laser-guided surface-to-cricket mous-sile.  If you have access to the journal Cell where you work, you can watch the videos and see what all the chirp is about.

Or, what it WAS about before someone hit that mouse with a laser.

And after all of that excitement, we cool our jets with Bell’s Winter White Ale, brewed in icy Michigan.  Try it out soon before climate change officially cancels winter and you’re back to drinking boiling hot Corona from the bottle with no lime. Eek!