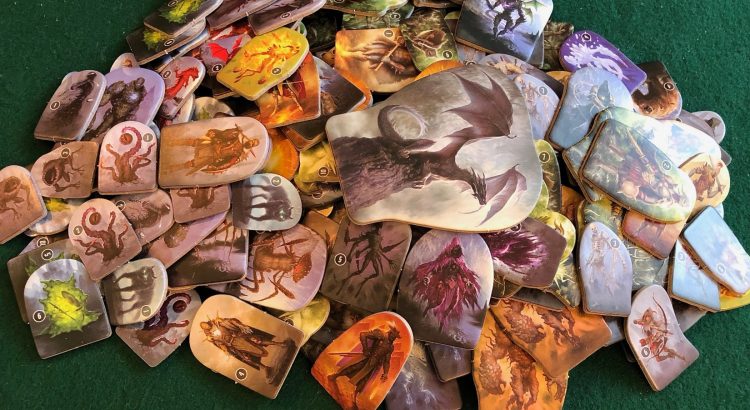 And sometimes, it sprouts wings and takes you somewhere else entirely.

That was the experience for Isaac Childress. Isaac began his career as a physics PhD studying high-energy particles. But “Plan A” didn’t turn out exactly as he expected.

Instead he found his muse in board games, and worked to design one of the top-rated games in history.

This week we talk to Isaac about the downs, and ups, of his non-traditional career path.

For Isaac, graduate school was a struggle with plenty of disappointments and feelings of failure. But outside the lab, he found inspiration while playing board and video games with his friends. As he played, he started to notice game dynamics that could be better. He imagined story lines and player interactions that would be both fun and challenging.

Near the end of his graduate training, Isaac had designed a game called Forge War and had tested it with friends and reviewers. He set up a Kickstarter to see if maybe, just maybe, he’d earn enough support to actually get it published.

Isaac followed up Forge War with his award-winning Gloomhaven game, and the rest, as they say, is history. This physics PhD was building worlds, testing game dynamics, and ultimately, delighting players around the globe.

We hear about everything from the time he was kicked out of his research group to the moment he knew his board game Kickstarter was going to be something special.

If you’ve ever wondered if there’s a place for you outside the lab or in the world beyond graduate school, Isaac’s story is sure to inspire.

Just make sure you look before you leap. Isaac concludes, “It’s alway good to have a backup plan before you start pursuing your dreams…”

Find Isaac Childres at Cephalofair.com or on Twitter @cephalofair.

This week’s refreshment comes once again from listener Adrian who shares the TROPICÁLIA American IPA from Creature Comforts Brewing in Athens, GA. It’s the perfect not-too-bitter finish to a sunny spring day.