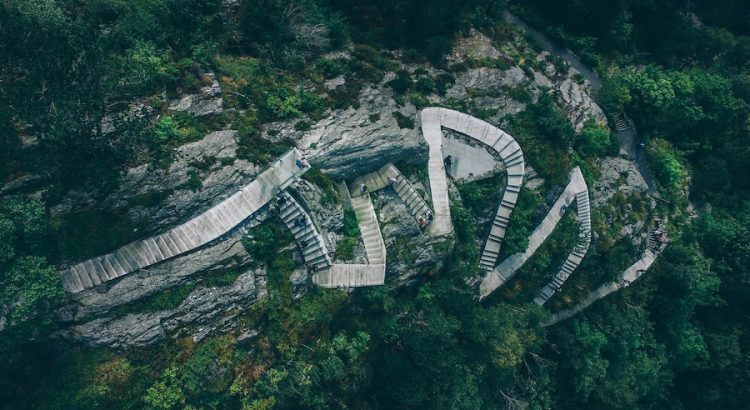 Growing up in Argentina, Jimena didn’t know that her eventual career in science was even an option.

So after high school, she enrolled in college to study industrial engineering.

Four years into a six year degree, she put her studies on hold and made a personal decision.

“I changed my path, and that’s when I started considering being a nun. I entered a congregation when I was 21.”

Jimena knew that after three years in the congregation, she’d have the opportunity get back to school to continue her studies. Her congregation was focused on education, which gave her valuable experience.

“I was teaching at different levels. Primary school, kindergarten, secondary school, people in the street, rural schools. I was full time working and teaching,” she says.

As her fourth year of service approached, she started to think about what she could study during the next three years that would help in her congregation. She visited the university to explore the available courses, and found that her options expanded well beyond the architecture and engineering paths she had known as a child.

“I remember the first image I have in my head is seeing students with white lab coats and the labs with glass windows and walls. And I have that image in my mind. I said ‘That’s what I want. I want to do that. I want to be with a white lab coat doing what they were doing.'”

That moment was transformative. Afterwards, she says, “I always had the dream of doing experiments, even though I liked education and teaching. Thats when I saw for the first time that science is something where you can study and work and have a career.”

With her passion for science ignited, Jimena had a new problem. A chemistry degree in Argentina takes six years, but her congregation allowed just three years to pursue a degree while also working during the day.

She did the majority her classes at night, and traveled an hour and a half between the community where she lived and the university.

She also faced the cultural and interpersonal challenge of living in a community of faith while also studying at a university where that faith was either disregarded or scorned.

Jimena finished the degree, and continued to teach chemistry in the congregation for a few years. But ultimately, she decided to leave the community to pursue a PhD.

This posed new challenges. At the time, Argentina had strict age limits on the funding they provided to graduate students, postdocs, and new faculty members. Jimena had spent ten years as a nun, and now had to race the clock to finish her PhD before the fellowship expired.

“I did my undergrad in four years instead of six years. And I had to do my PhD in three and a half years instead of five,” she says. “In Argentina, you have to have your fellowship because there are no grants that can support students or postdocs.”

Though training in chemistry, Jimena grew interested in questions focused on the genetic markers of disease. She also learned something about mentorship.

“I was in a very big lab. Sometimes I didn’t see my PI for two or three months – she was a very busy person traveling all over the world. During that time, I developed a lot of independence, a lot of resilience, and a lot of what I think is important in mentorship because I didn’t have the closest mentorship that now I know is possible.”

“During my PhD I built a very strong network of mentors independently of my PI. And those mentors are still close to me and still supporting me.”

Jimena finished her PhD, and took a postdoc in the United States. After just a few years, she applied for, and won, a faculty position.

This week on the show, Dr. Giudice shares her story of the twists and turns that led her to her current position as a faculty member.

She talks about a wide range challenges and strategies that will feel familiar to trainees at all levels:

Her advice to students:

“Each person has to follow their own path. I always tell people ‘Life is not linear.’ There are people that have a linear life and that’s fine, but it’s not the end of the world when your life is not linear. And sometimes you realize the value of certain things that you feel are outside of the line later in time.”

“Nothing is a waste. Everything has a place in your life.”

Our ethanol this week is the Here Gose Nothin’ Leipzig-Style Gose Ale from Destihl Brewing in Normal, Illinois. It’s a great entrée to the wild world of Goses. This one is salty, sour, and somehow still refreshing.

One thought to “122. Tenure Tracker – The Life Non-Linear with Dr. Jimena Giudice”