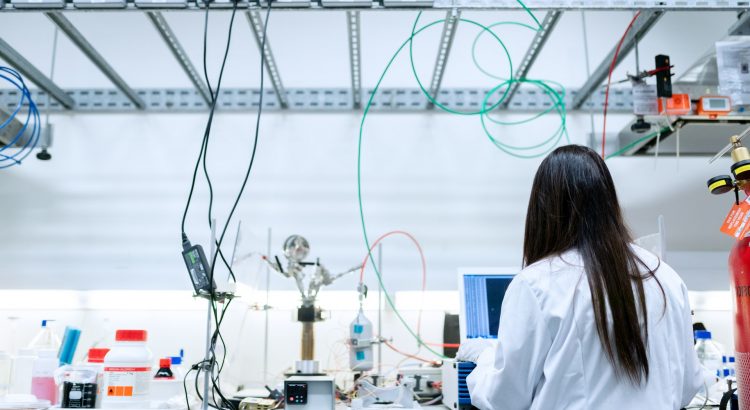 The day-to-day reality of many graduate programs is that you’ll spend most of your time doing research.

Even if you don’t end up working in a lab or doing experiments forever in your career (and most people don’t!), being able complete experiments is going to help you efficiently progress through your program and eventually GRADUATE. And isn’t that what we all want?

This week, we cover some common pitfalls that suck your time and erode your confidence. We’ve got advice for avoiding those traps and making the most of your time in the lab. Yes, it’s about getting stuff done. But it’s also about getting the RIGHT stuff done in the right way.

Trap 1. Not Knowing Your Central Question

When Josh works with students, he always pushes them to make sure they have a clear understanding of what their research question is.

No matter what field you’re in or how broad or focused your specific project is, you probably have SOME specific question you’re trying to answer, and it’s important to be able to articulate that.

When a student doesn’t have a clear idea of what the research question is, it’s hard for them to effectively talk about the project either formally in a seminar or at lab meeting, or even informally with their PI or other lab mates.

This advice may seem obvious, but it happens too often that when you start in a new lab, you’re barraged with new info and techniques and papers. You’re trying to keep up, and the next thing you know, a week, a month, or even a year has gone by!

It’s only then that you realize… “Hey wait, what am I trying to do here?”

Besides making it hard to think or talk about your science, losing sight of your central question can make it harder to maintain your motivation. You lose sight of the connection between what you’re doing day-to-day and the big picture: WHY you are doing it.

If this describes you, stop what you’re doing, scrap your experiments for the afternoon, and take enough time to understand your central question. What you MIGHT find out is that you don’t know because no one told you, or there truly is some hole in the logic or flaw in the experimental design. Maybe you can figure it out on your own, but honestly, don’t be afraid to just come clean with your PI or another trusted person in your lab.

And don’t give up until you understand what you’re doing, why, and how it fits into the big picture. Once you have a firm grasp on that, a lot of other productivity and confidence will follow because now you’re able to frame each of your experiments, conversations, and presentations with that solid understanding of your main question.

Trap 2: Making Your Plans in the Morning

There’s an old cliche: “A failure to plan is a plan to fail.” This next tip is about just that… making a plan.

Early on in graduate school, Josh’s general way of being organized and having a plan was to show up in the morning, get a cup of coffee, chat with folks in the lab about last night’s episode of American Idol (or whatever show was popular in the mid 2000s) and then finally sit down at the lab bench with a notebook to start making a list of the experiments he wanted to do.

It would be 10:30 AM and he hadn’t even started pipetting anything yet, or even worse, he was hungry and ready for lunch before he even got started!

Beyond the loss of productivity and time, this led to hectic afternoons as he frantically tried to fit in all the things he was hoping to get done during the day. Or working late into the evening because he wasn’t efficient with his time in the morning.

What saved him from this pattern of frenetic time wasting?

“Plan the night before.” The last thing you do before you leave lab in the evening is to make a plan for tomorrow.

When you plan in the morning, you’re often wasting your most productive time of the day before interruptions have a chance to derail you.

Planning at the end of the day has a couple advantages. First, as you’re wrapping up in the afternoon, you are acutely aware of where things are finishing and what the next steps are. The next morning, you probably have to take a little bit of time to consult your notes or try to remember… “Where did I leave off on that experiment? What was I trying to do?”.

Secondly, by making your to-do list for the next day at the end of the previous day, you make sure you don’t forget any steps you need to setup ahead of time. This may not be true for all scientists, but for many researchers, there are gels to pour, plates to streak, or buffers to mix on day before the experiment begins.

When you wait to make a plan until the morning, you’ll often lose a whole day of work because your materials aren’t ready for you.

The best part is that when you plan the day before, you’ll have experiments started in the morning, and perhaps some data by the afternoon. You might even make it home in time for dinner feeling like you accomplished something, instead of staying late and still feeling further behind.

Trap 3: Doing Too Much at the Same Time

Grad students often have this mindset that our worth as a scientist can be measured by how many experiments we can get done in a day.

Josh recalls seeing other people in his department running around frantically, balancing test tube racks while they dug through incubators pulling out petri dishes with three timers clipped to their lab coat that would constantly be beeping and setting off a sudden sprint in a different direction!

For a while, that’s what he tried to emulate. But what he found was that the more experiments he tried to cram into a day, the more slowly he seemed to be progressing overall.

If he had three experiments planned for a day, he’d often have to scrap at least one of them because of a a careless mistake, running out of time, or missing some key incubation or time-point because he was busy trying to work on the other experiments at the same time.

And with those failed experiments came additional stress from running around trying to keep up.

One day he realized the ‘super productive’ schedule wasn’t working, and he decided to try a different plan where he focused on one experiment at a time.

“I recognized if I could just get that one thing to work, that would be a huge step forward,” Josh recalls. “So I decided for one day I was just going to focus on that one experiment and nothing else. And you know what, the experiment did work because I gave myself the time and space to have all my reagents organized and setup ahead of time. I carefully and intentionally made sure I did all the steps correctly. All of my incubations were exactly the right times that I wanted. And when the experiment was done, I even had time to look at the preliminary results and write them up in my notebook!”

After that fateful decision, his project started progressing faster and he felt less overwhelmed at work.

So if you’ve fallen for the belief that ‘good scientists’ do several experiments at once, take the time to reflect on your own experience. You may find that simplicity and focus make your research more successful AND more fun.

The personal statement on your application probably heralded your desire to become an ‘independent scientist!’ Your PI or committee might be looking at your ‘independent research plan’ each time you meet.

The trouble is not in the phrase itself, but in how students interpret it. We hear ‘independent’ and we think ‘I need to do everything on my own.’

Under that definition, it’s a sin to ask for help – either understanding a topic or in completing an experiment. “I’m an independent researcher!” we say. “I should be able to figure out this electron microscope myself if I just spend enough time in the primary literature!”

Unfortunately, that false definition of ‘independence’ wastes time and limits our learning. Independence is not the same as isolation: you don’t “need to do everything on your own” to be an independent researcher.

Think about a child learning new skills. A parent will shower that kid with praise when he first shows some independence by putting on his shoes before school, or when she makes her own breakfast.

But he didn’t learn to make the shoes, and he may have needed some help tying them. She didn’t grow or purchase the food, but she showed initiative and drive.

And that’s what it means to be an ‘independent scientist.’ It means taking responsibility for your science.

Don’t fall into the isolation trap – it’s not only lonely and frustrating, but it’s bad for science. Be the leader – the independent scientist who can leverage the skills of the people around her to push the research forward.

What are your favorite tips for getting more done in the lab? Leave a comment below, or email your ideas to podcast@hellophd.com!